C H I C A G O   R E S T A U R A N T   W O R K E R S
Art Direction + Content Design
WE FEED YOU, DON'T LET US STARVE CAMPAIGN
BRIEF
Chicago Restaurant Workers is a grassroots organization created by, and for, service industry employees in the windy city. They focus on bringing attention to labor issues within the restaurant industry and create activations to bring support and awareness to their various initiatives.
“We Feed You, Don’t Let Us Starve” was a campaign created to pressure state senators to extend the federal increase of $600 in unemployment benefits for those who lost their jobs due to the COVID-19 pandemic.
As a freelancer I focused on using their existing logo and color palette to creating a cohesive social media presence and event assets for the rally. My mission was to create images that fit within their brand guidelines, but visually set this campaign apart from their standard content.
COLOR PALETTE

SOCIAL MEDIA CAMPAIGN - INSTAGRAM
In order to spread the word of “We Feed You, Don’t Let Us Starve”, I created several different styles of Instagram posts that could be reposted or shared in stories. The first style of post was simply awareness and included the campaign slogan. The second style was a call to action and included the details for a rally that was to be held in downtown Chicago and a subsequent member meeting.
AWARENESS 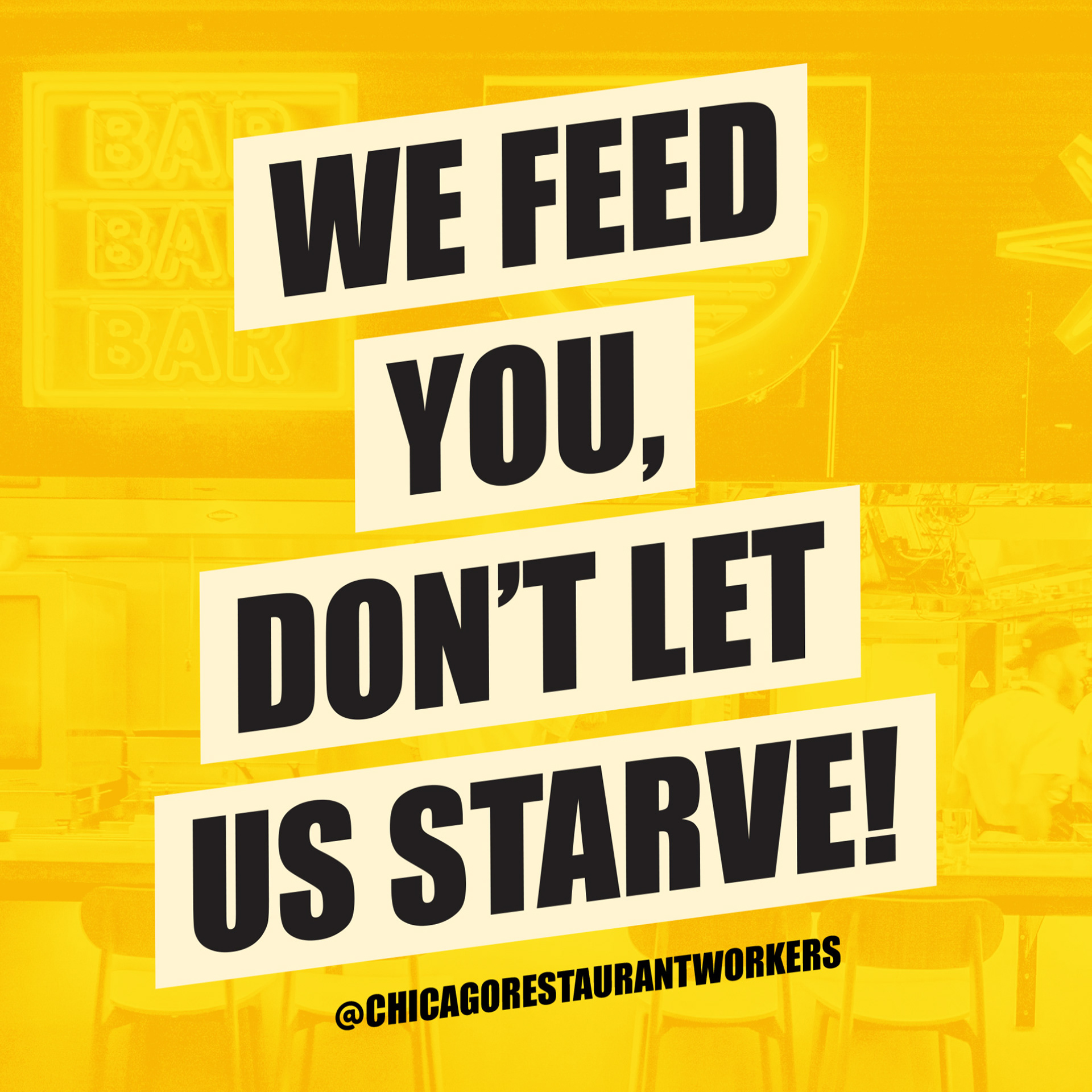 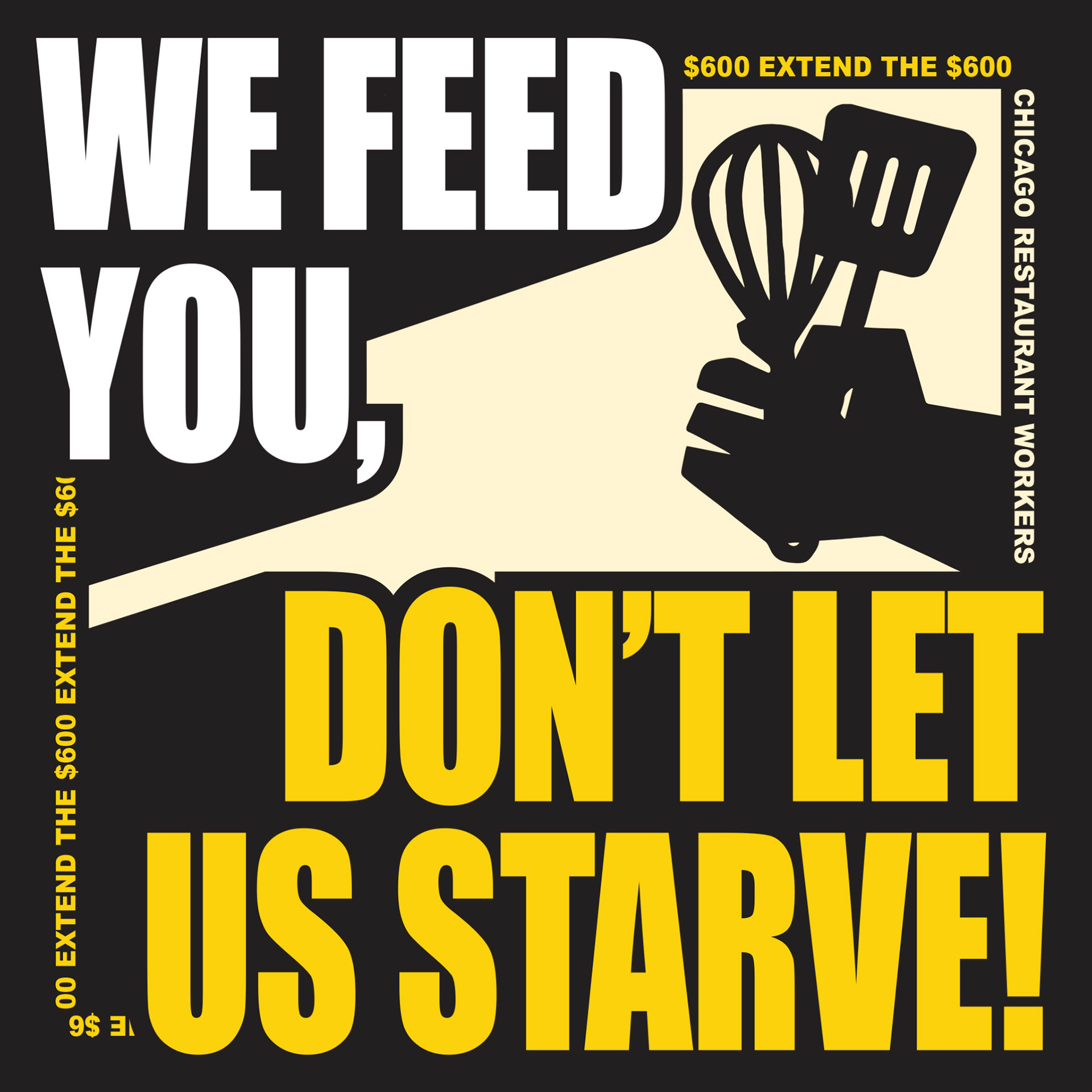 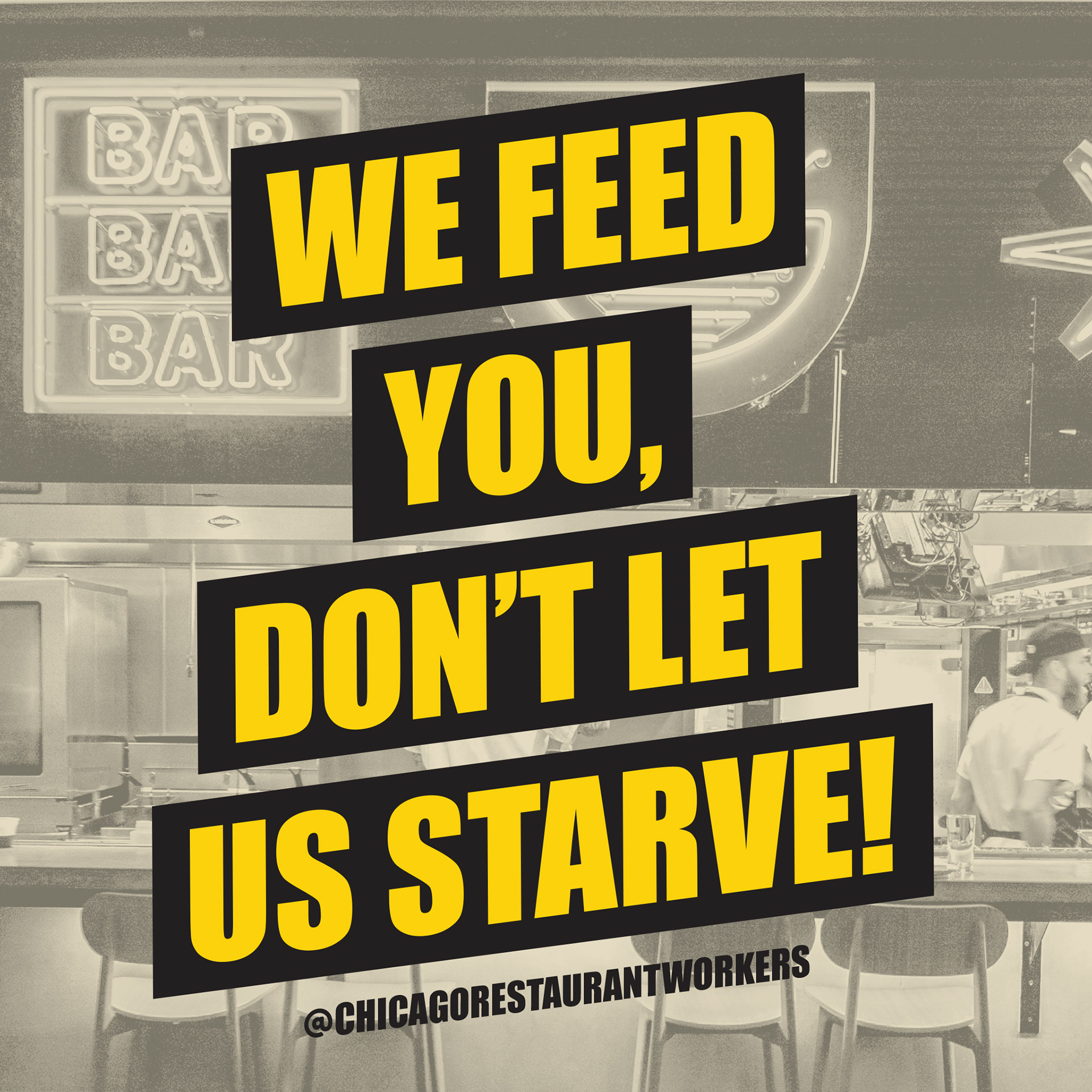 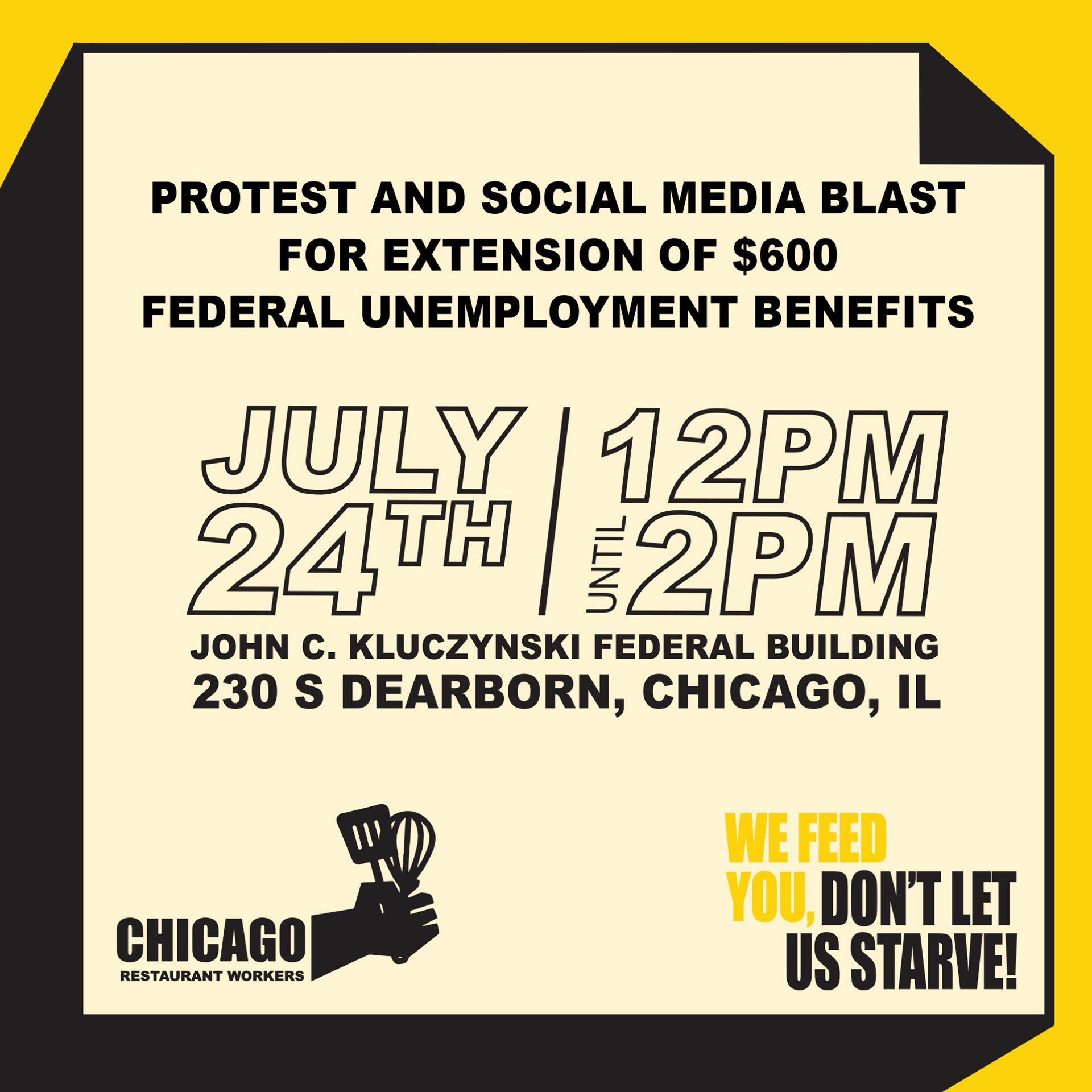 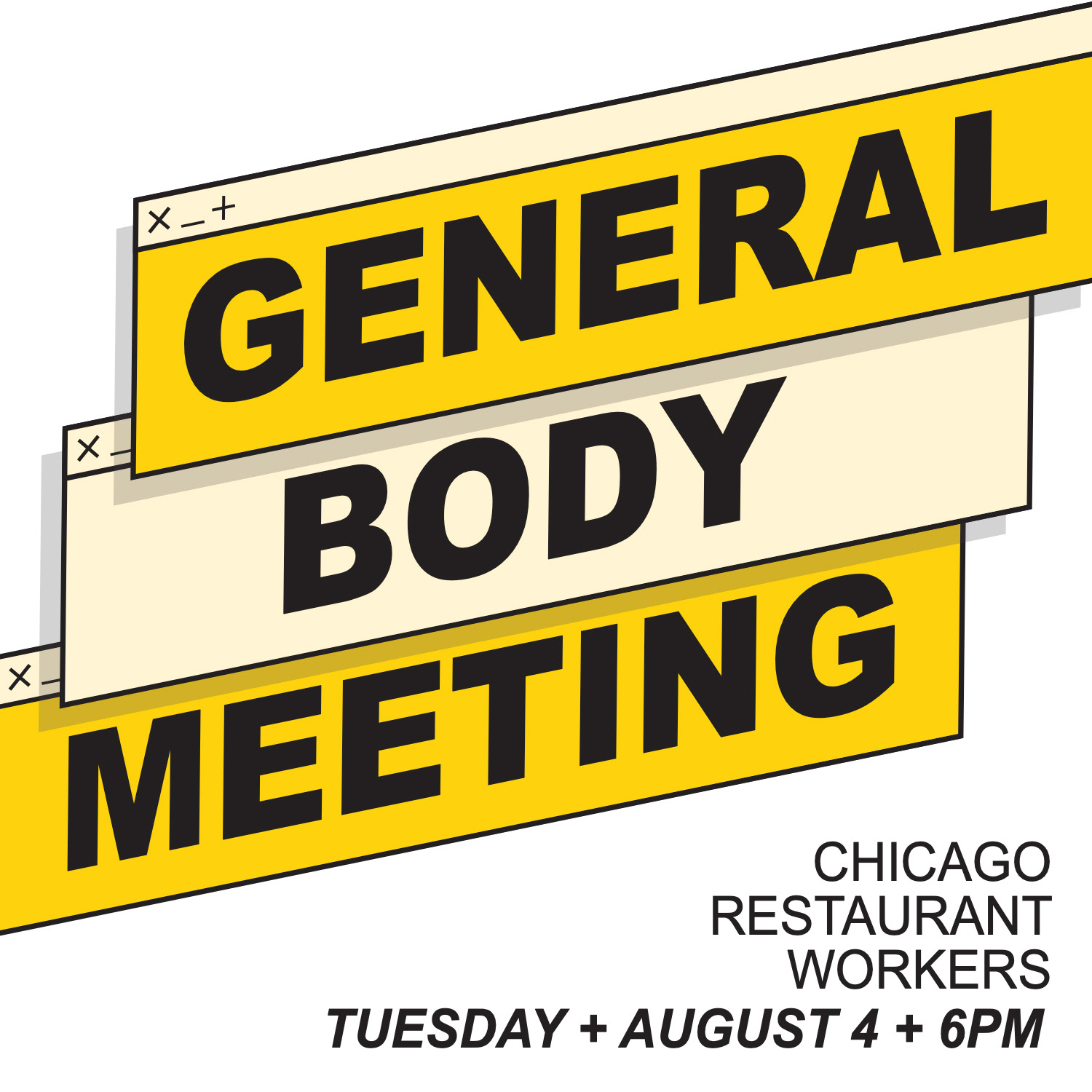 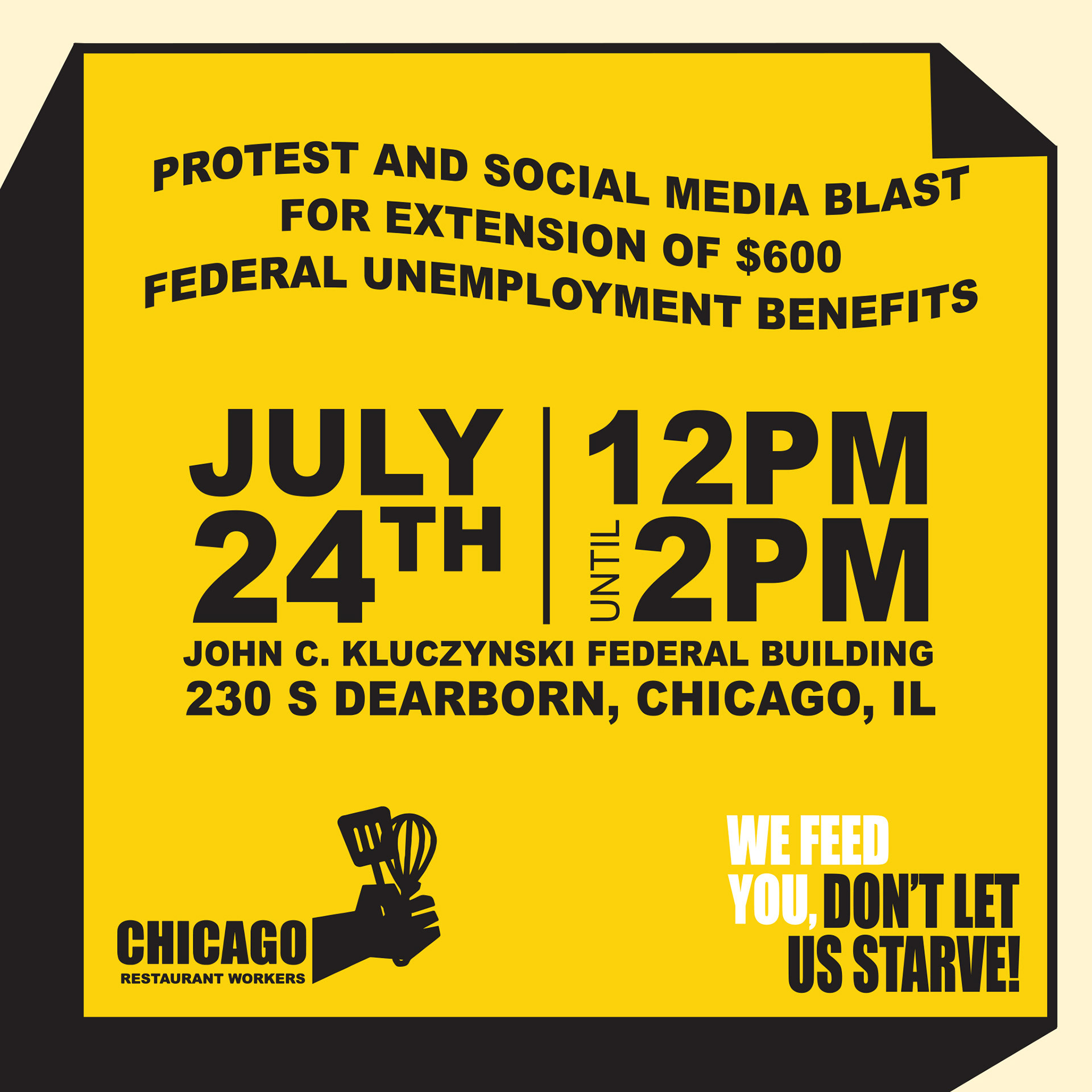 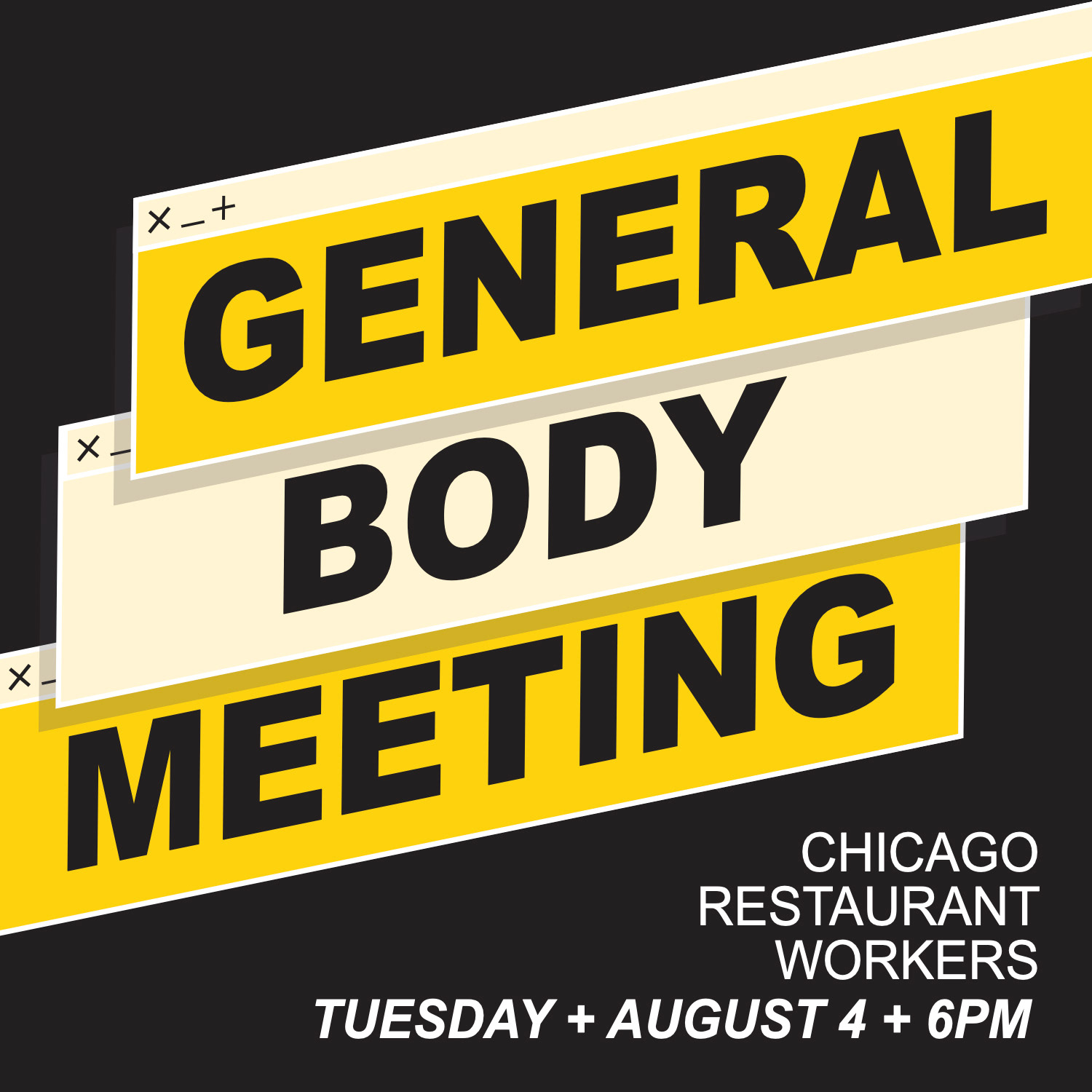 POSTER
Posters were give out to attendees at the Chicago rally. 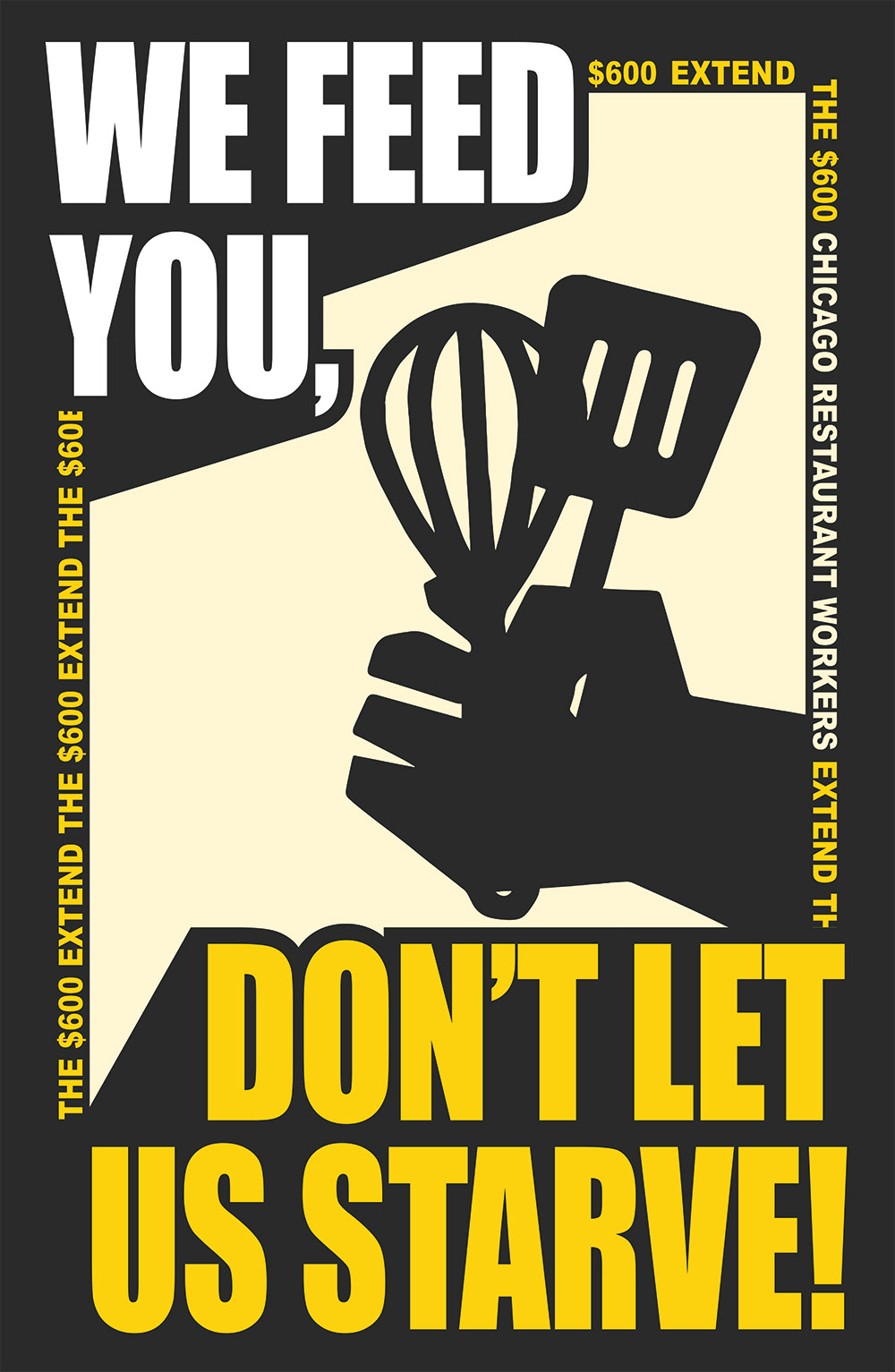 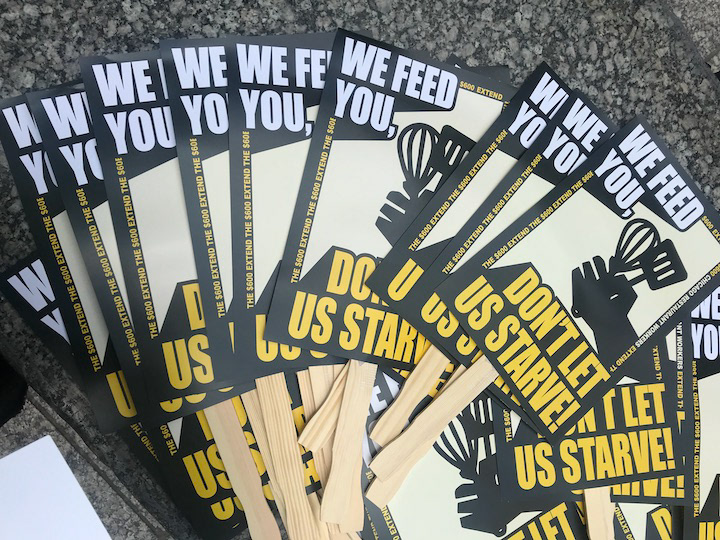 PRESS
The rally in downtown Chicago was covered by the Chicago Eater, Chicago's WGN9 and WBEZ. News oulets included a repost of the social media call-to-action as well as photos and videos of the event.​​​​​​ 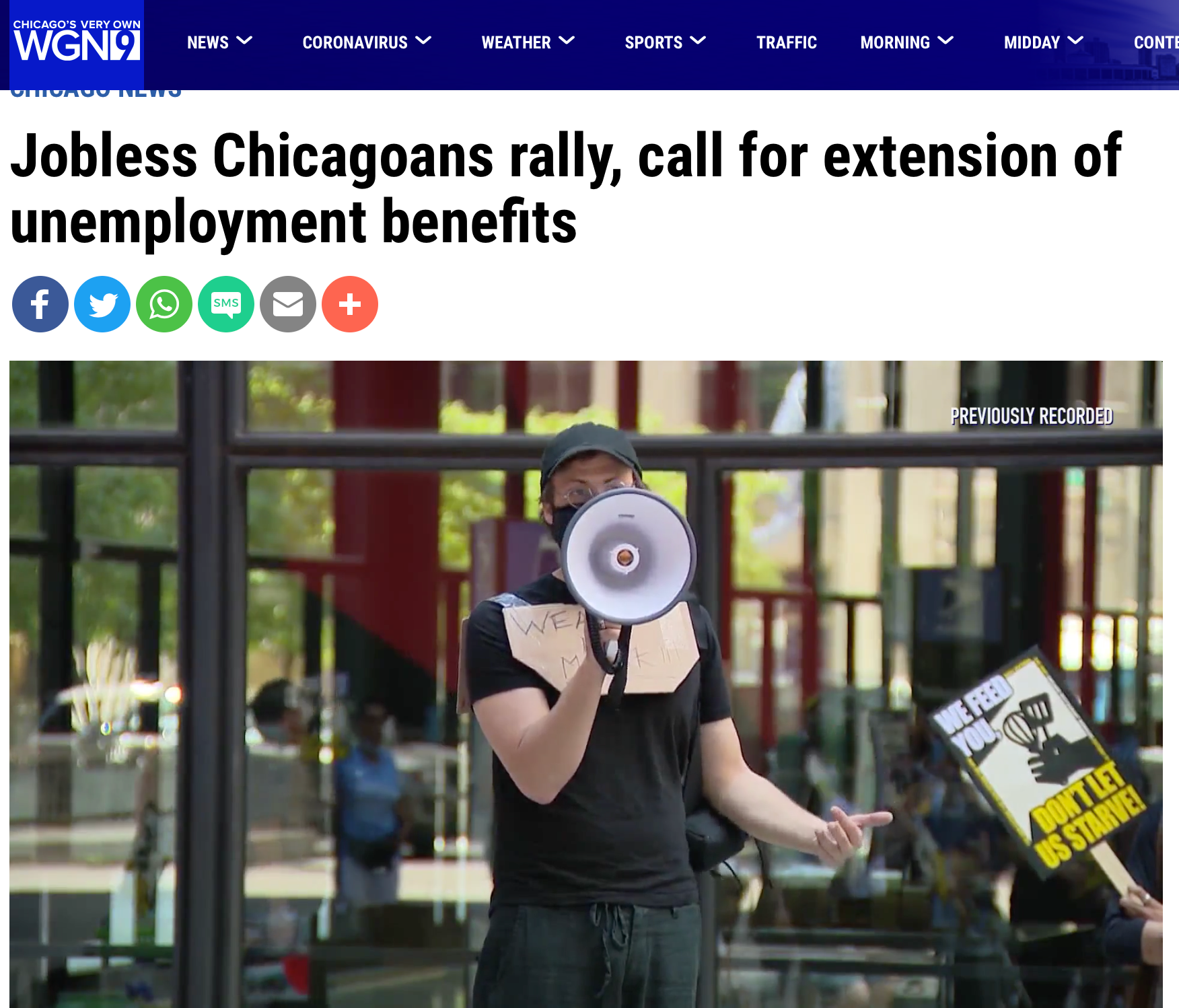 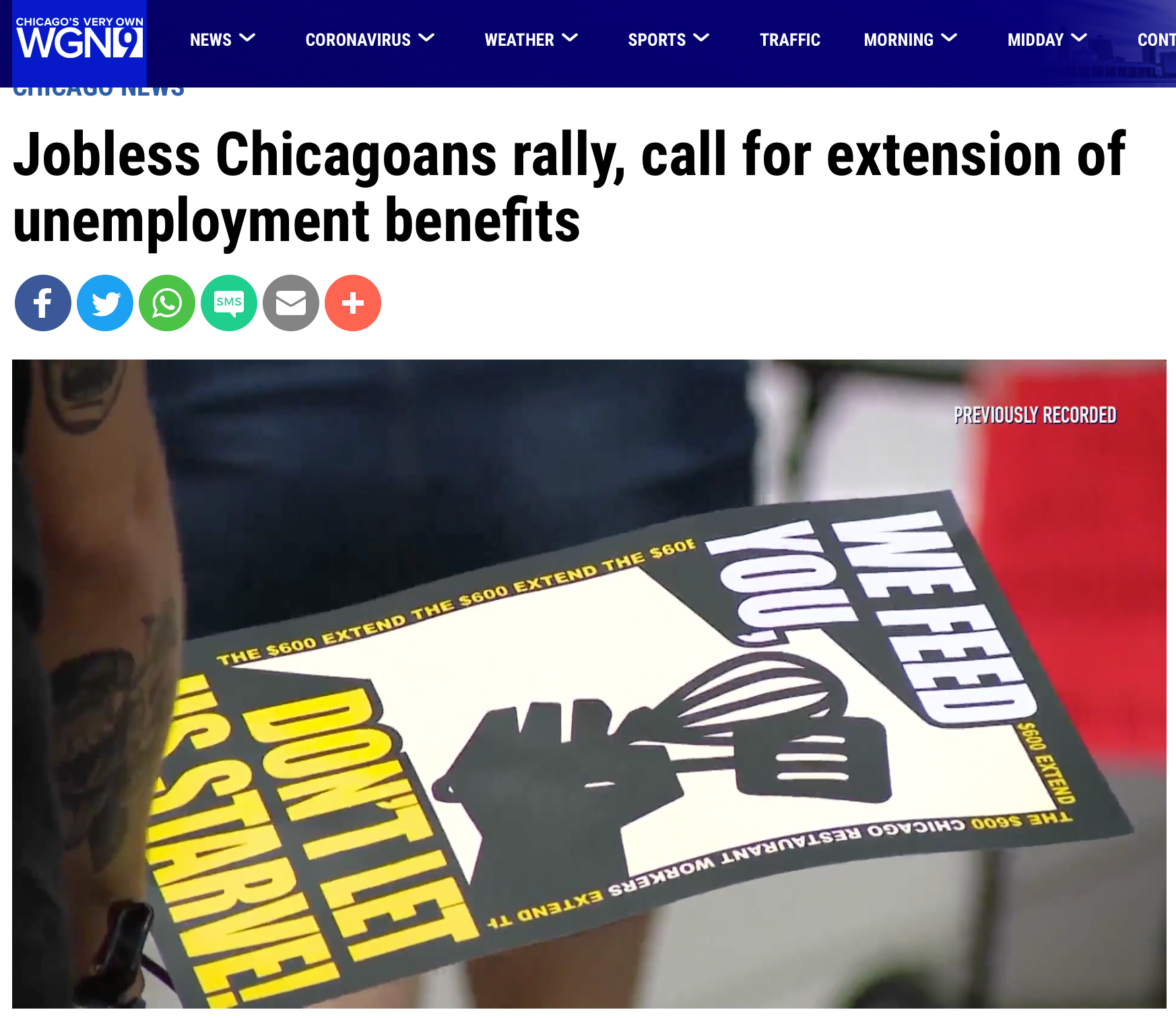 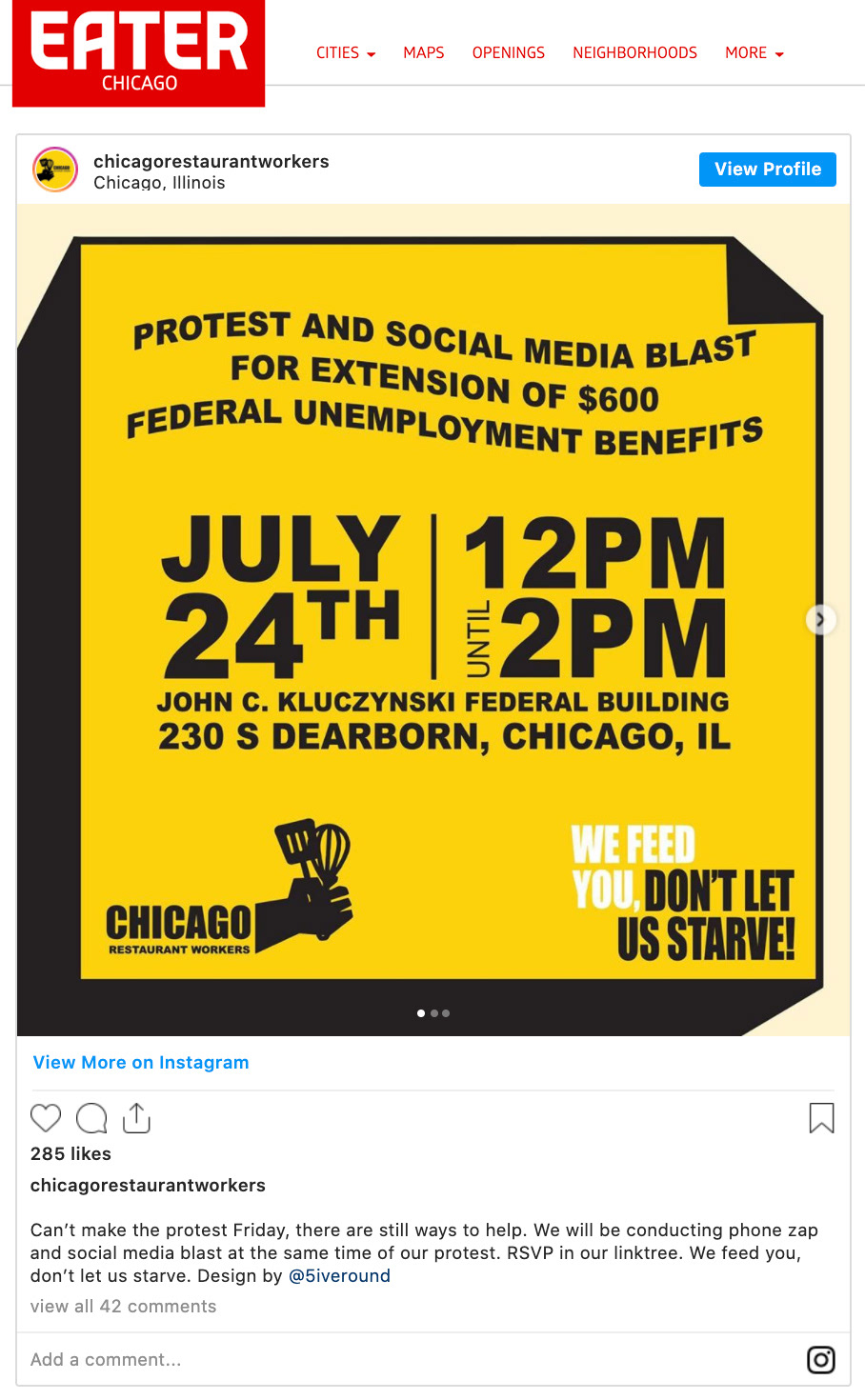 CAN'T PAY CAFE CAMPAIGN
BRIEF
"Can't Pay Cafe" was a campaign to bring awareness to how little Illinois Unemployment Insurance benefits pays out with out the pandemic related federal increase of $600. My mission was to show how little the average Chicagoan makes on unemployment and inspire others to take action to help support their fellow neighbors by calling on Illinois senators Dick Durbin and Tammy Duckworth to extend the federal unemployment aid.
SOLUTION - CAN'T PAY CAFE
I decided the best way to bring awareness to, and visualize, the struggle of those unexpectedly unemployed was to bring the struggle to the average person. I designed a pop-up cafe, aptly named Can't Pay Cafe. The cafe was placed in one of Chicago's fastest growing neighborhoods Logan Square. Anyone could visit the cafe, BUT they would have to pay with Durbin Dollars. Volunteers at the cafe would hand each guest a stack of play money, or Durbin Dollars, that was the amount that the average Chicagoan makes on unemployment. The guest would then have to go through a series of actions where they must first mock "pay their bills" with the play money. Then they could purchase a coffee or grocery items from the cafe with what was left over. However, most people realized, after paying their bills with the monthly unemployment stipend, there was nothing left to buy essentials or coffee at the cafe!
Those who were not able to pay could still enjoy a free cup of iced coffee and neighbors in need were welcome to take a care pack with grocery items for free.
CAFE & CONSTRUCTION 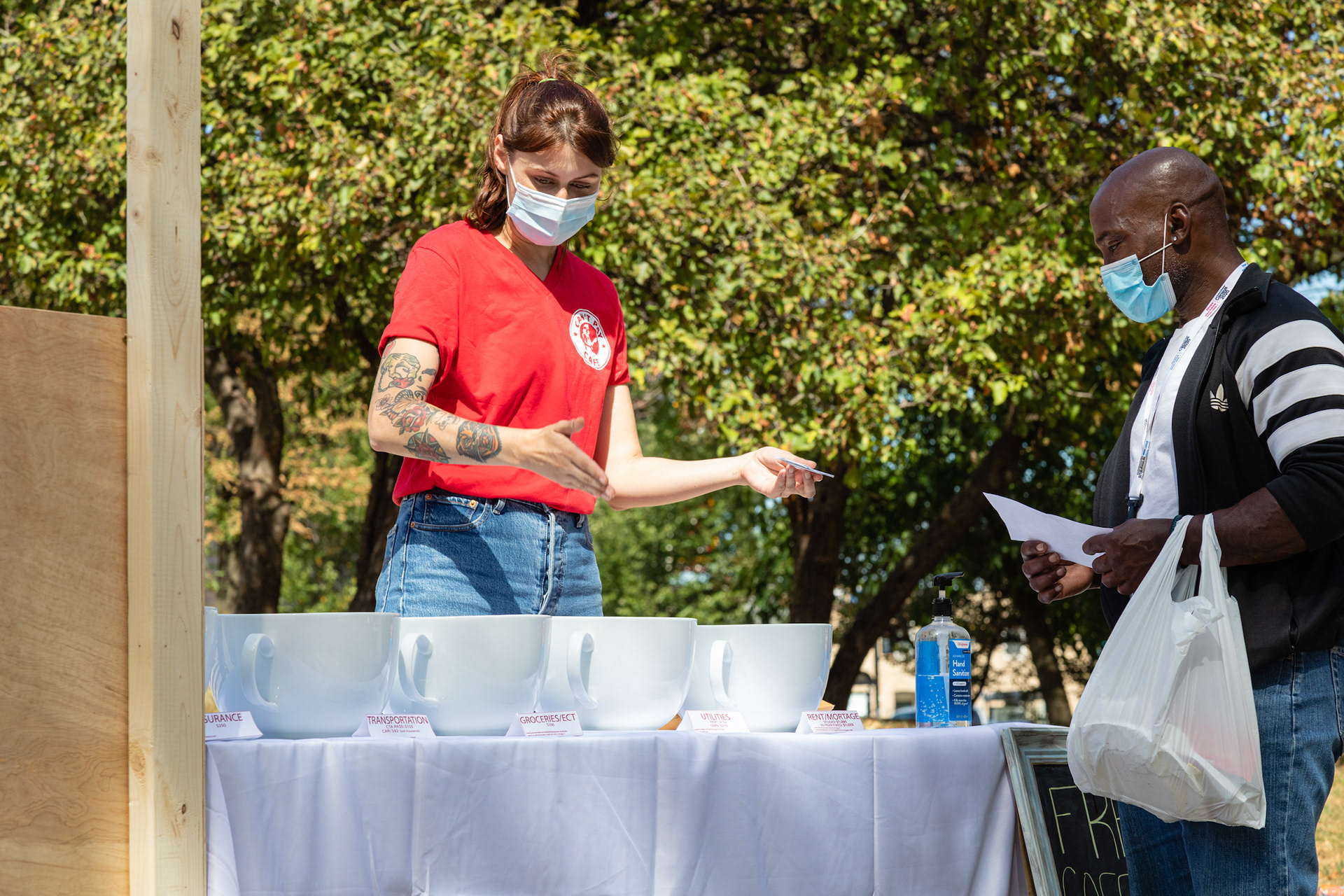 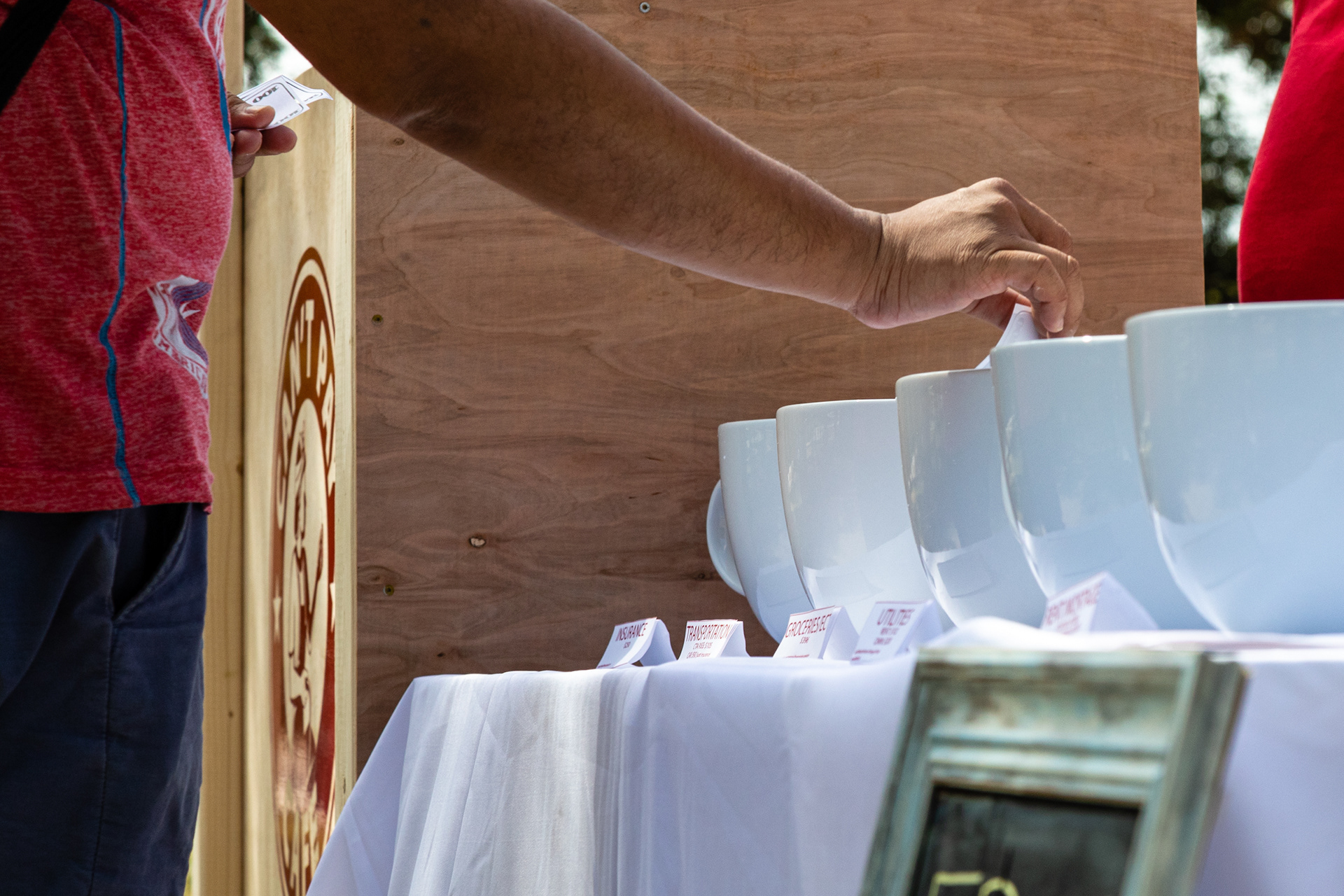 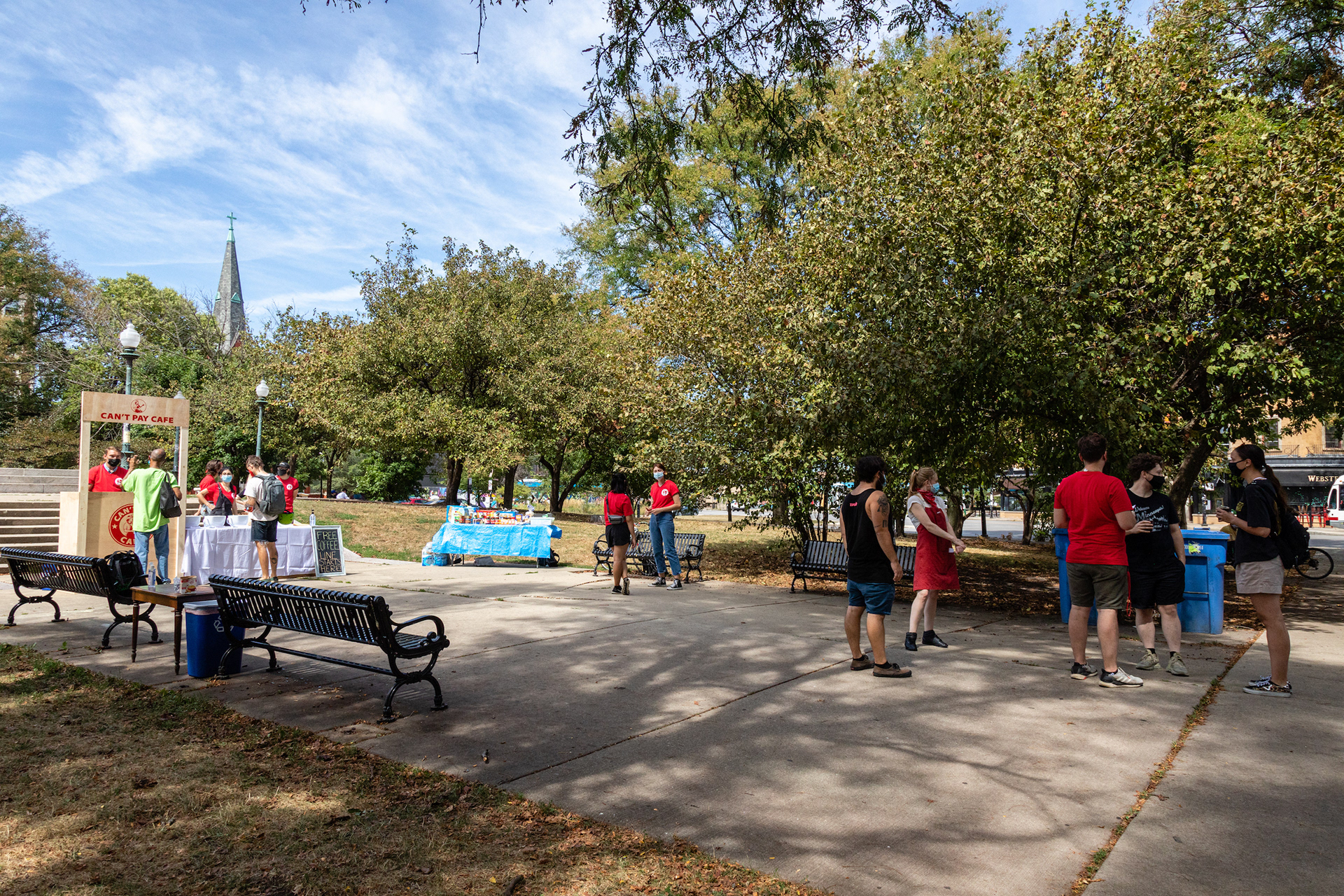 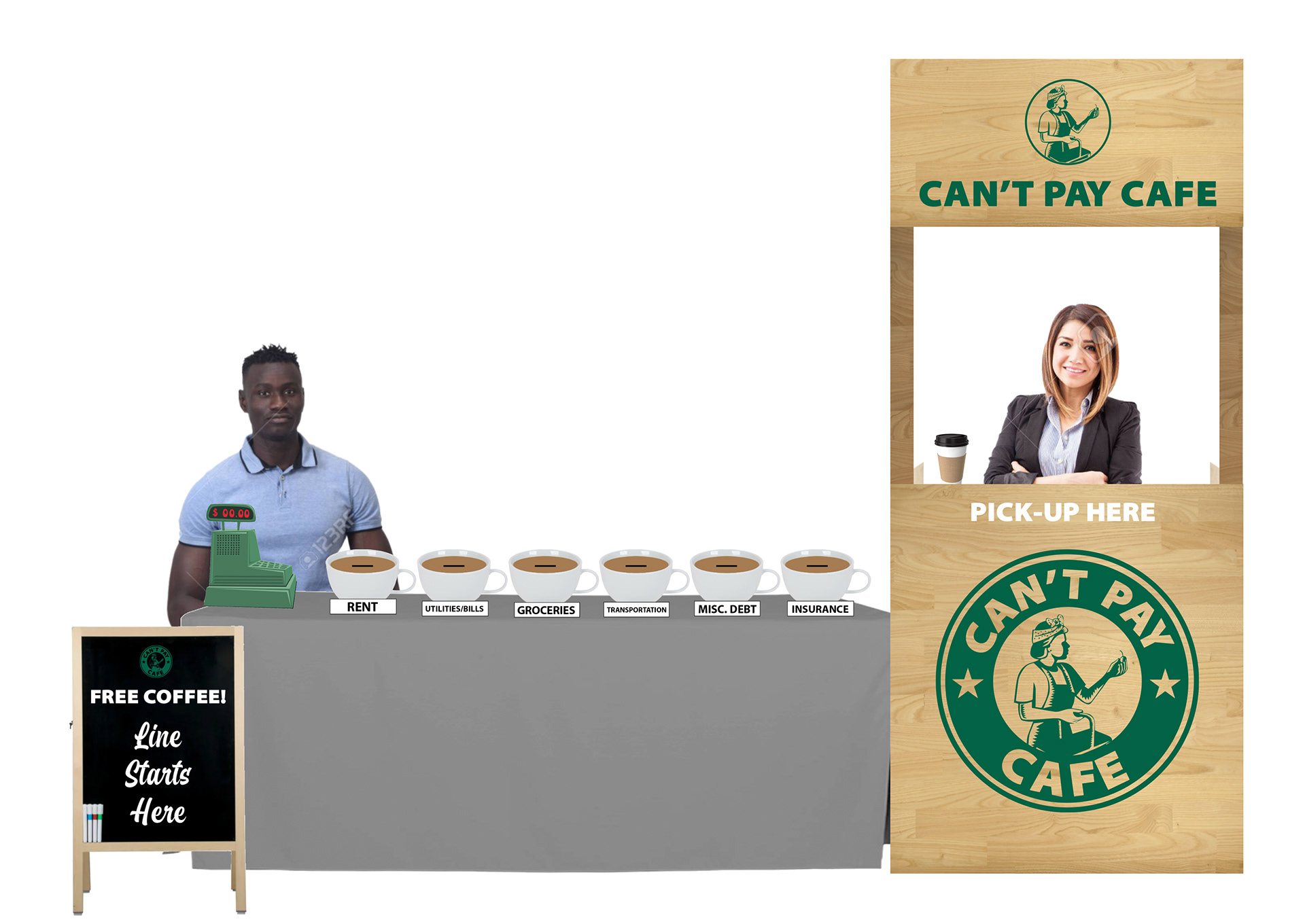 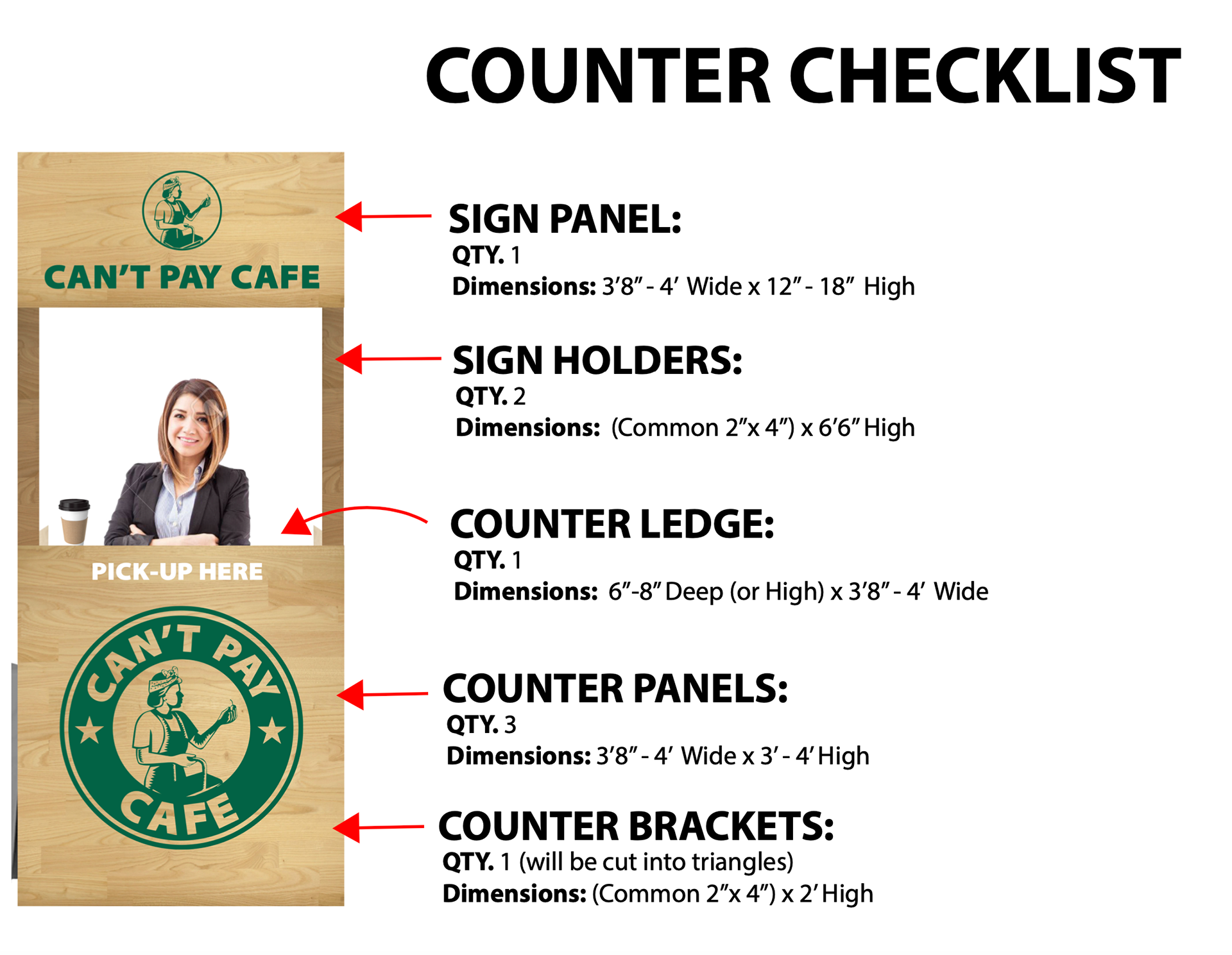 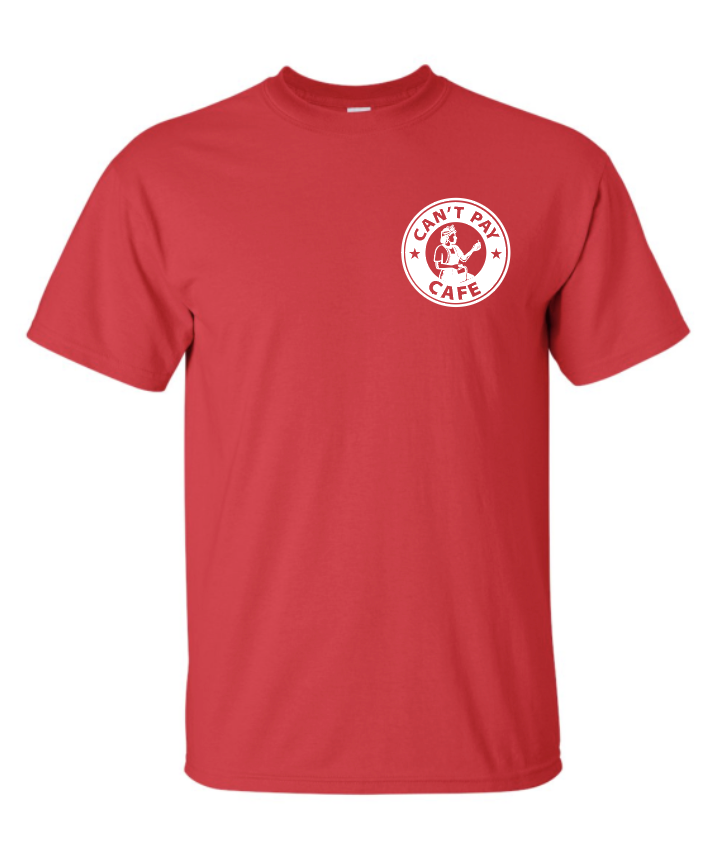 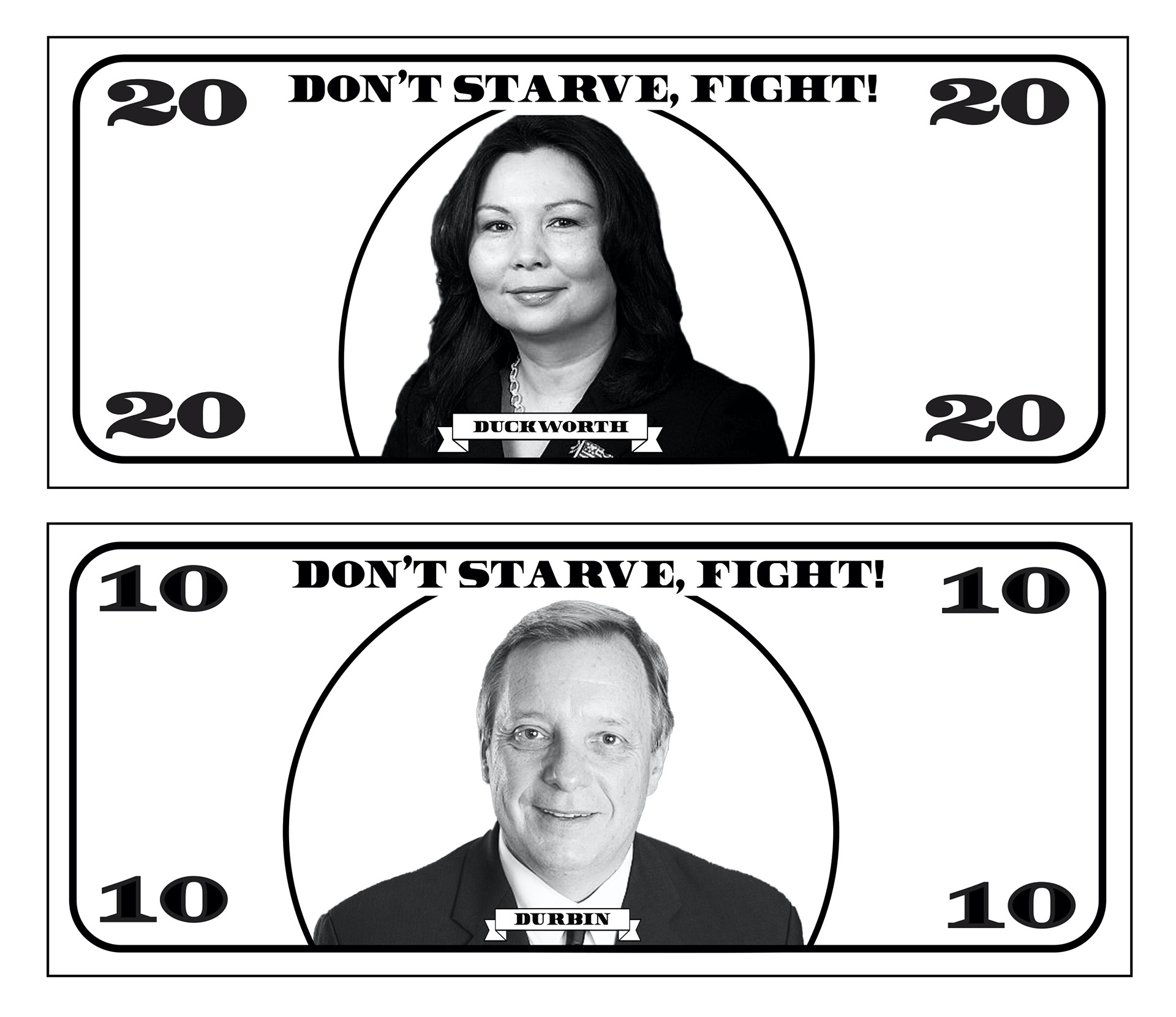 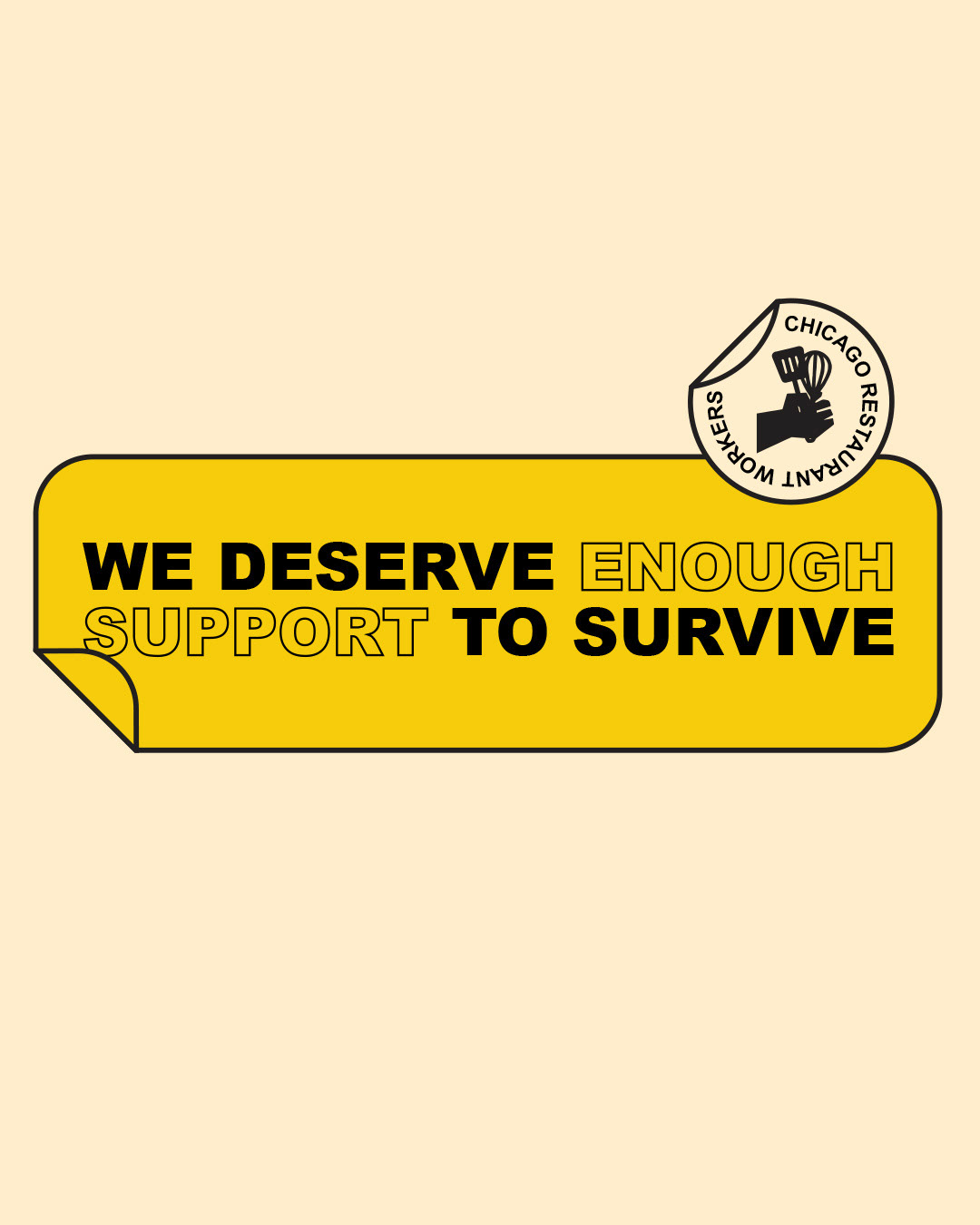 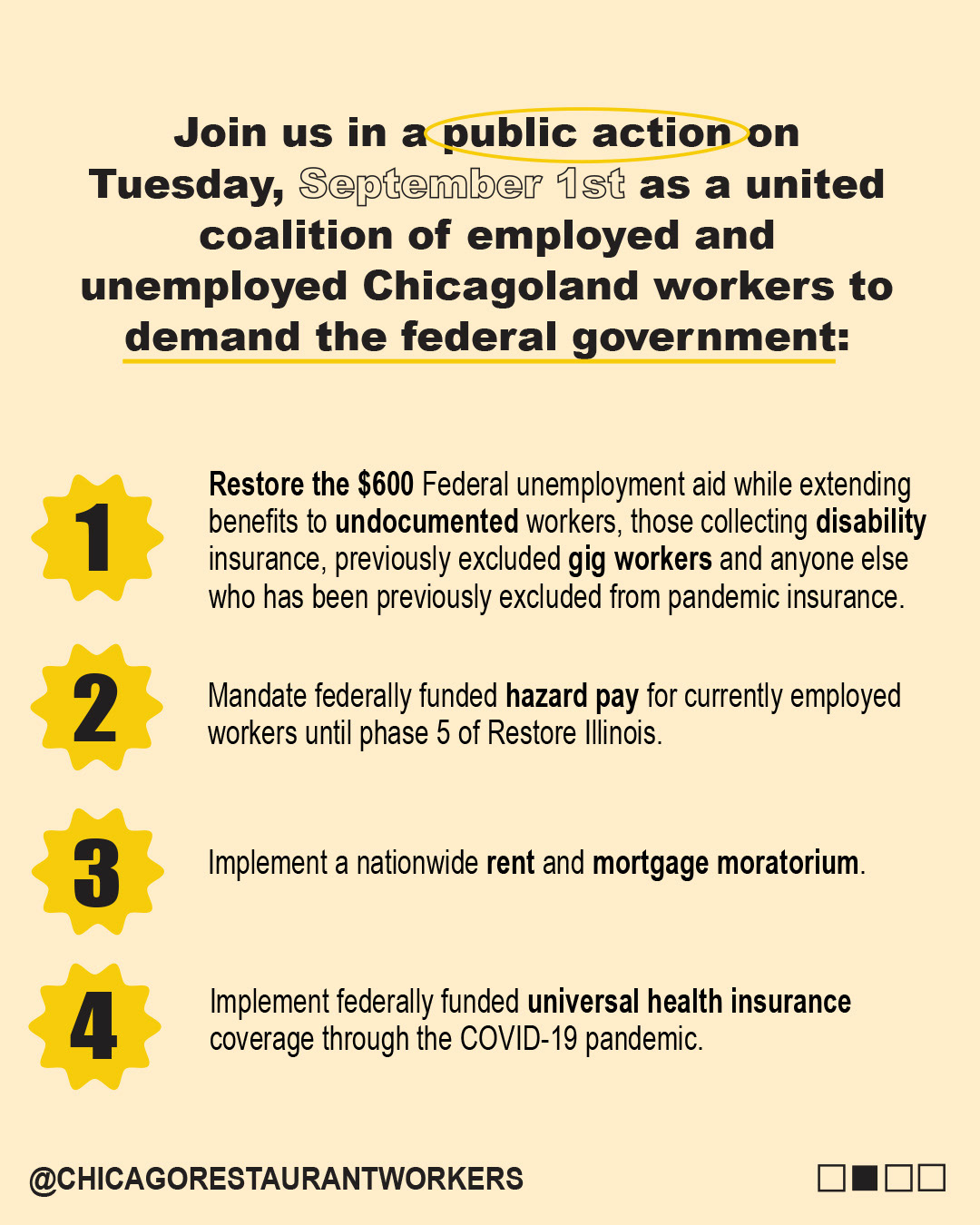 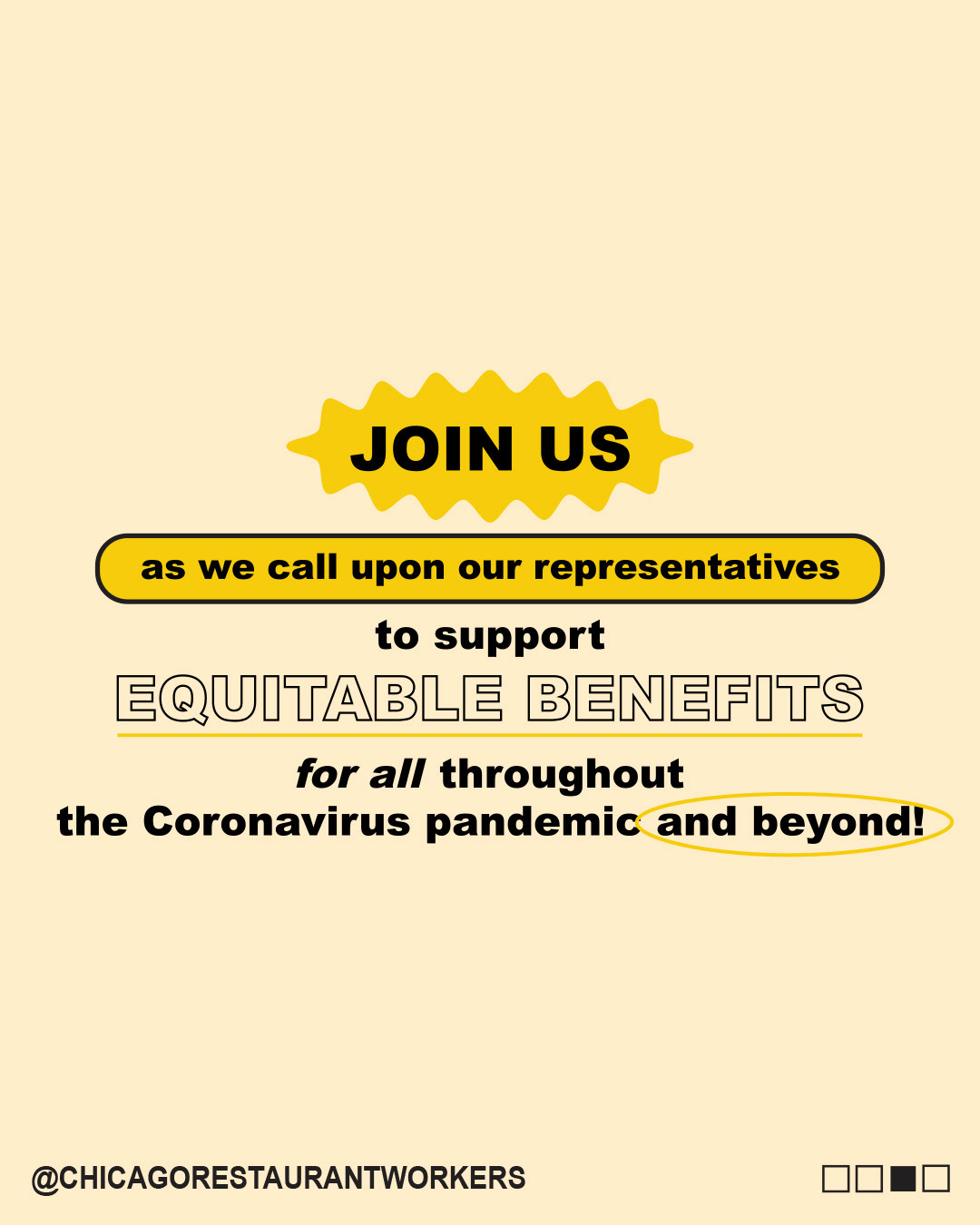 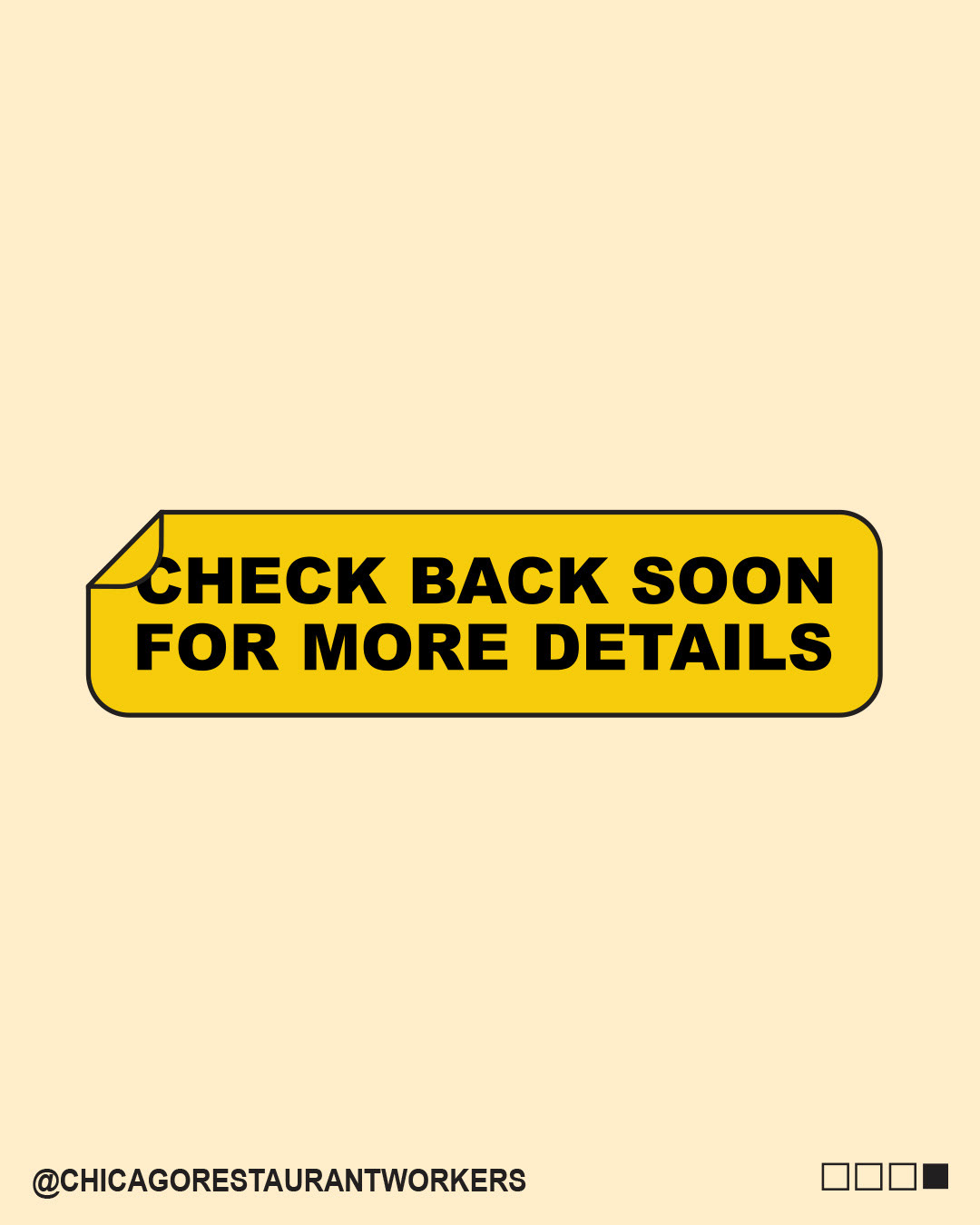 PRESS
The pop-up cafe was covered by NBC Chicago, Chicago CBS Local, and WBEZ. News oulets included a repost of the social media call-to-action as well as photos and videos of the event.​​​​​​
↑Back to Top